The first laundry in New York

Most of the clothes I brought from Japan got dirty in the last few days. So today I would like to go to my first laundry in New York.

I studied in advance the basics of the lives of people living in New York, but since I did not want to fail, I have avoided doing laundry until today.

If I learn how to do laundry today, I think I can understand most of the basics of living in New York.

Rumor's laundry shop that there is the most kind clerk

There are a lot of laundry shops near "New York-Hilton Midtown" where I stay, but there are not many shops that are reputed to have clean and helpful staff.

Therefore, I predicted that people in New York would often use a laundry shop in everyday life, and would be very crowded.

Maybe I do not know how to use the washing machine, so I would like to ask the clerk how to use it before using it, but I thought it would be difficult if it was crowded.

Also, I can not speak English well, so I can't respond quickly when problems occur, so I searched for places where there was a kind clerk.

I found a laundry shop called "LAUNDROMAT CAFE" about 0.8 miles from the hotel.

Only this laundry shop clearly had a favorable reputation compared to the reputation of other shops, so I decided on this shop. 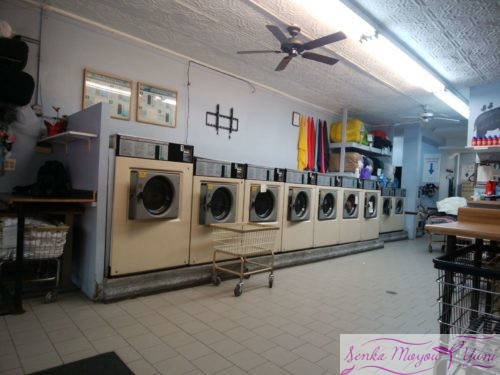 Once I checked the inside of the store in front of the store, it was not crowded contrary to expectations. 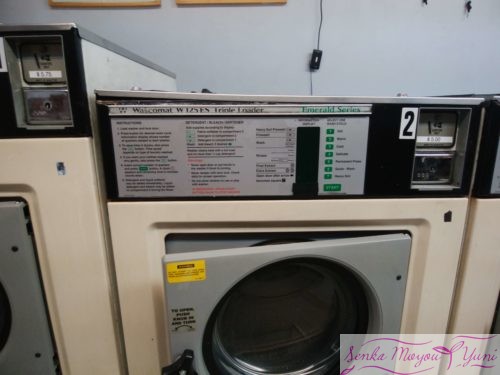 If it is the amount of laundry for one person, I think that the smallest washing machine is enough.

I did not know how to use it, so I asked the clerk a question. 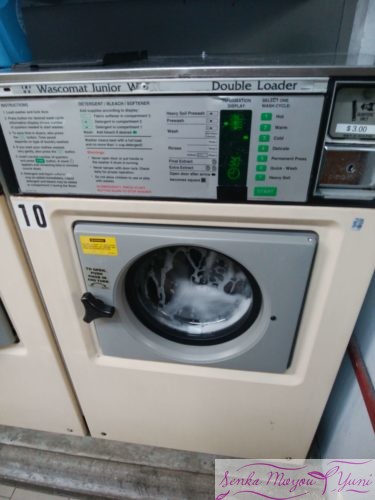 🐾Put $ 3.00 into the washing machine. (12 pieces of 25 cent coins)
🐾Press the button labeled Cold on the washing machine.
🐾Press the button labeled Start of the washing machine and put the detergent from the top hole. One wash takes 30 minutes.
🐾After washing, take out and put in the dryer.
🐾The dryer moves nine minutes when you insert one 25-cent coin.
As rumored, the clerk at this shop is very kind!
She explained at a slow pace so that I could understand even if I was not good at English, so I could understand how to use it immediately. 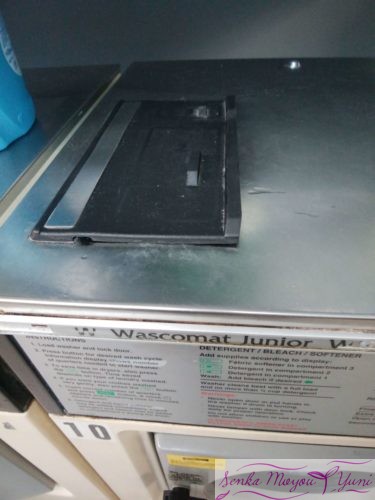 This is the hole for laundry detergent!
When I open the lid, there are three holes from the front, labeled 1 to 3, but the closest hole is for detergent.
Place softeners and bleach in the other holes.
Both washing machines and dryers can only use 25 cent coins.
If you do not have a 25 cent coin in your wallet, you can change the bill to a 25 cent coin at the in-store currency exchange machine, so it's OK!

As I was thinking in Japanese common sense, I was a little surprised when 40 coins came out. My wallet has become heavy!😂ahahaha! 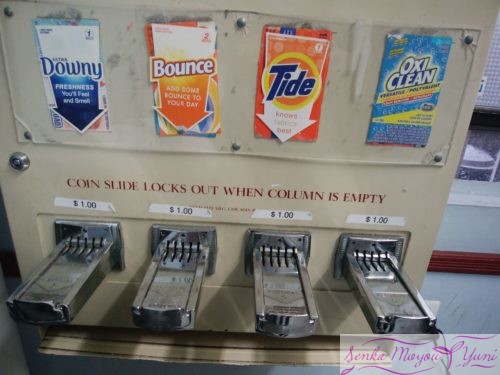 It is scary to shop for many times higher money without knowing this fact.😱💦

As I wrote in the article on the third day, it is common for people living in New York to do laundry in a launderette.
There were also people who came to the store with a large bag filled with laundry. 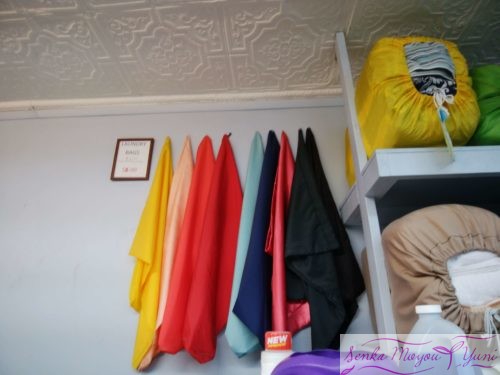 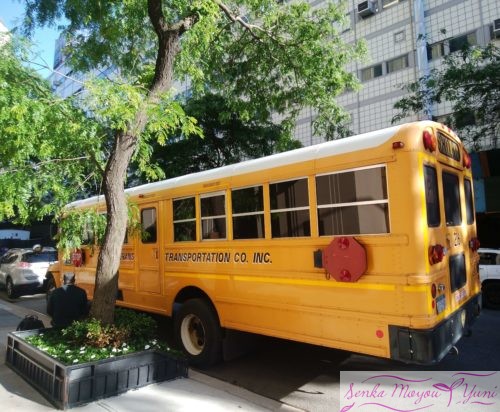 Because there is a little time until the laundry is over, when I went out of the shop, the school bus stopped. Good weather.
My mind is relaxed because I learned how to use the washing machine.✨ 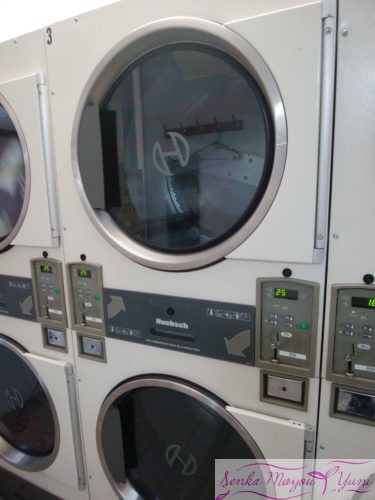 The laundry is over, so next is the dryer. 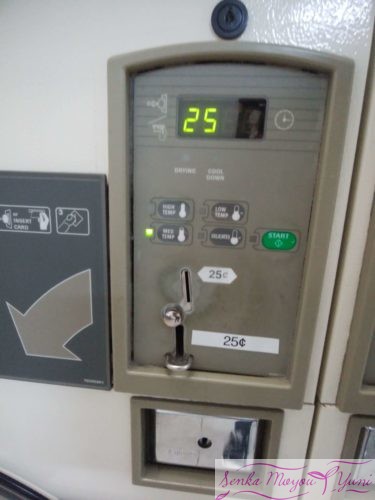 The basics are set to Middle, and when you start putting money in this condition, it starts to dry for 9 minutes.

I used it twice in the Middle setting, but it did not completely dry, so when I used the Hot setting in the third time, it was completely dry.

I thanked the clerk and left the laundry shop.
It was a good shop!😍

On the way back 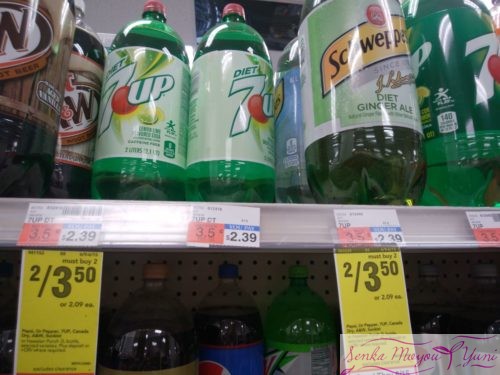 I found a drug store called CVS, so I entered the store.
There is only carbonated drink, but $ 2.39 is cheap at this size! There is also a shop where 500 ml of plastic bottle water is higher than this.

As there was a drink with 0 kcal calories, I bought it.♪

When I went to Guam, I bought Red Bull for the same reason, but unfortunately, Guam's stuff seems to be the same as the contents of the energy drinks sold in Japan.

Lemonade flavor. I did not feel that special energy was strong immediately after drinking, but I wonder if I can get well tomorrow! 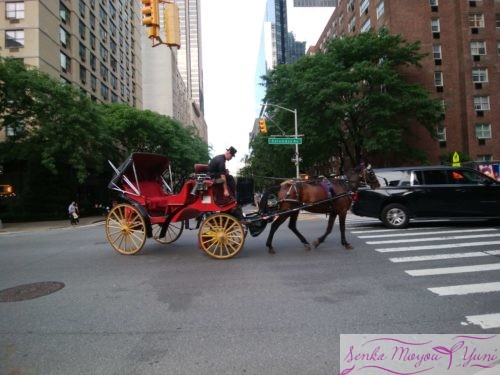 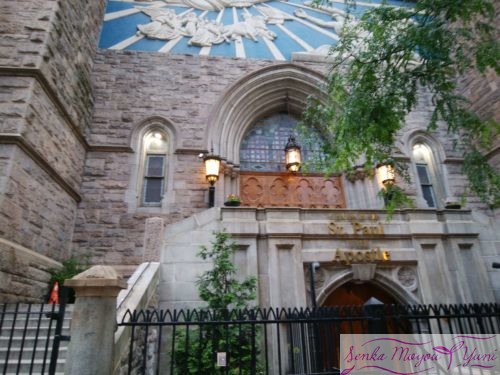 As I was walking while watching the city, I could hear the piano sound from near by.

Encounter of destiny "Sing Of HOPE" 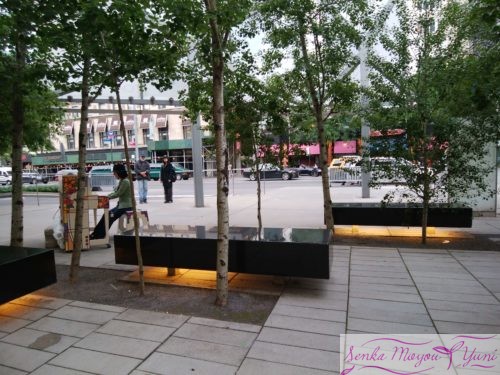 There were people playing beautifully designed pianos on the street. 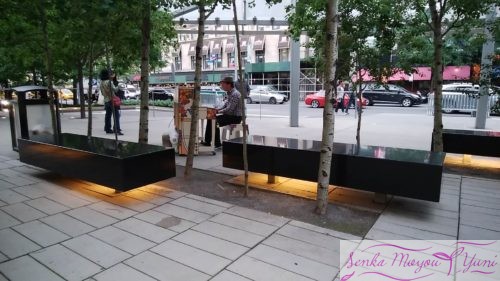 Then a man in a hat started playing the piano. His name is Ken.
Among the songs he played, I was most moved by the theme song "You've Got a Friend in Me" of "Toy Story".

I was in the middle of traveling alone, so I heard this song and tears were coming out. It's wonderful.😍 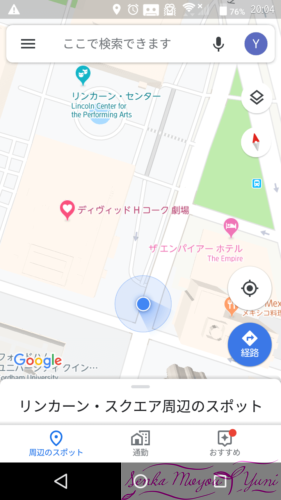 The location is near "David H. Cork Theater".

They were volunteering and said they were placing pianos of various designs in various places in New York and playing them.

While I was with me, I listened to a lot of songs.

At the beginning Ken and the general people were playing in turn, but his friends were progressively getting together.

Marcie in the green costume is a person who has a beautiful and powerful singing voice.
Since this person started singing, the gallery increased. Professional Diva.✨

She played the famous song "SUKIYAKI" in Japan.
She was very kind to me who is not good at English.

Thank you very much Marcie.✨ 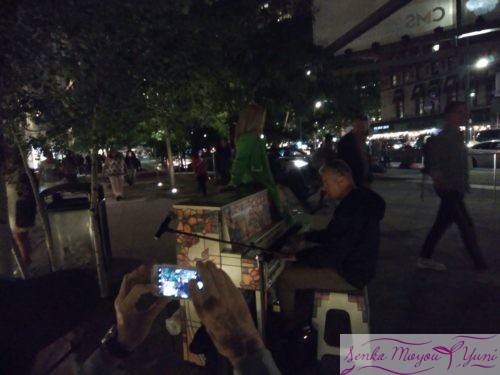 The next player to play the piano is Ed.

Thank you very much Ed.🎵 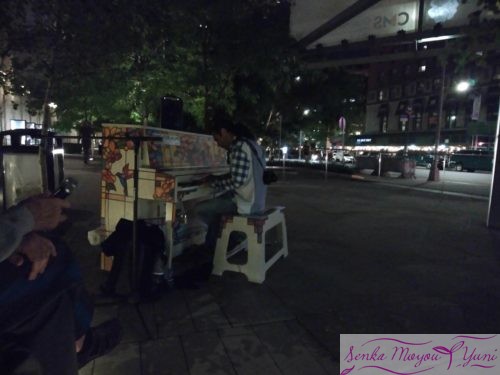 I thought he was a photographer but he also played the piano before the break up. On this day, I had no time to talk with him and I could not ask for his name.

I wish I could play the piano too.
Since I can not play the piano at all, I joined with applause and smile so that I could be friends with them, with some regrets that did not come!

I wrote to my message card my name and contact, then a thank-you message and passed them on.

Thank you everyone for being friends!
Thank you for the wonderful performance!
See you again.🎵 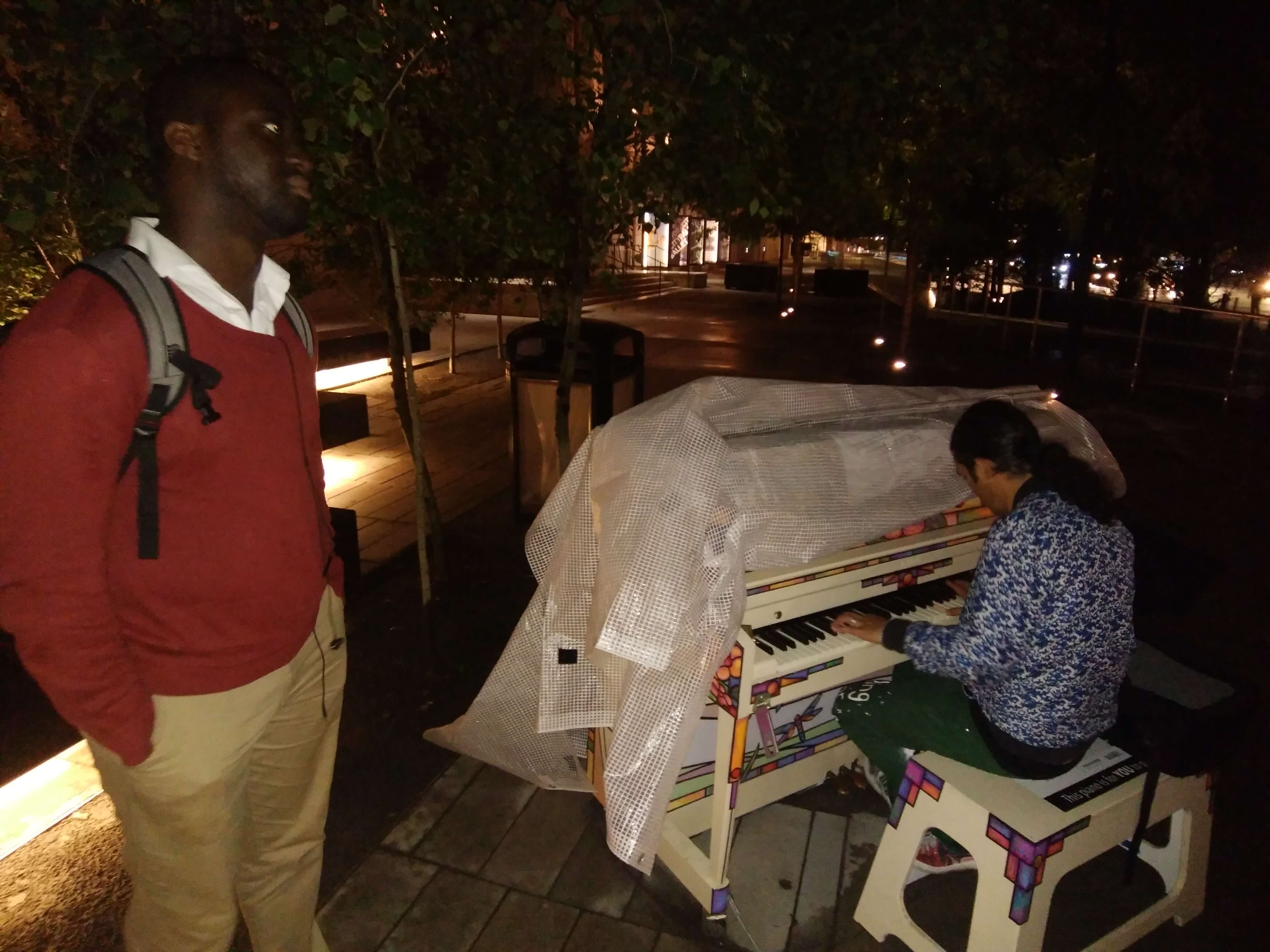